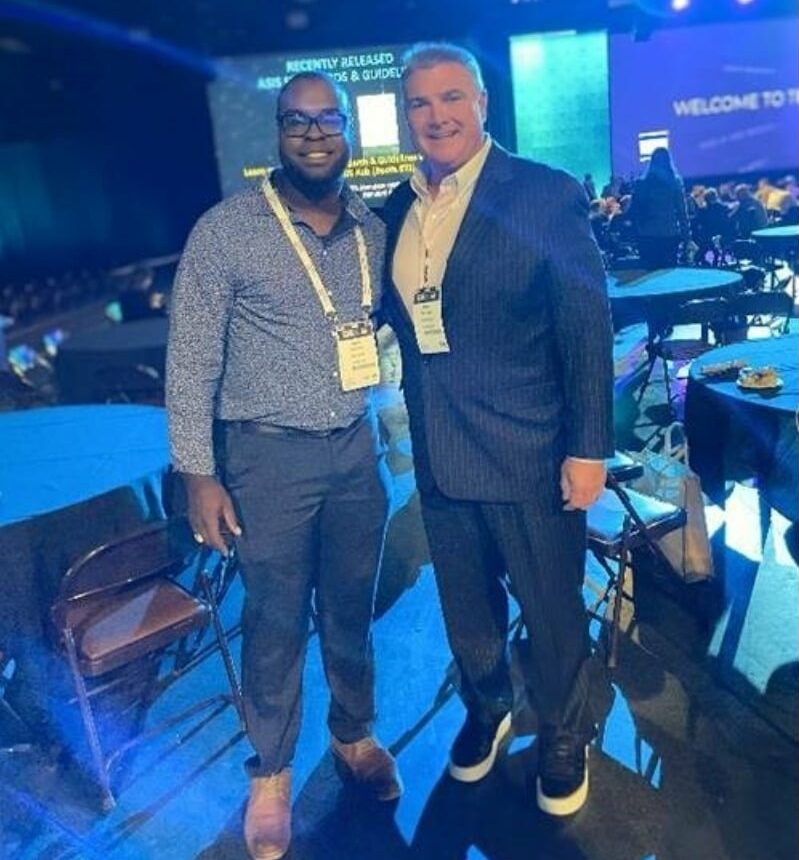 Beyond the Call of Duty – Aaron Salter, Jr.

ASIS International recently announced the late Aaron Salter, Jr., an Allied Universal security professional and retired police officer who made the ultimate sacrifice while protecting shoppers at the Tops Friendly Market during a mass shooting, was the recipient of the 2022 Ralph Day Memorial Security Officer Heroism Award. The award was accepted by his son, Aaron Salter III at the OSPAs.

Each year, one security officer is recognized by ASIS International for outstanding service/acts in the security professional through the Ralph Day Memorial Security Officer Heroism Award. This award is meant for those that perform a heroic act that involves circumstances where a private security officer risks his or her life to protect or save lives and/or property.

This was the first time this award was bestowed posthumously. “We will always remember Aaron Salter, a larger-than-life man, who lived a heroic life protecting and serving the community for over 30 years,” said Steve Jones, Global Chairman and CEO, Allied Universal. “It was a privilege to meet with his son, Aaron Salter III who is a kind, compassionate and intelligent young man.”

The winners of the US Outstanding Security Performance Awards (OSPA) were revealed the evening of September 13 2022, organized in partnership with ASIS International as part of GSX+. OSPA winners are selected by an esteemed panel of industry figures who judge entries using the same criteria which is applied across the world. Each winner demonstrated that they have performed at an exceptional level and has shown their commitment and outstanding performance within the security sector. Allied Universal received the following awards:

The Allied Universal MetroLink St. Louis contract security team has helped to turn around the perception of security on St. Louis public transit. By forming strong relationships with law enforcement and Metro in-house security, the Allied Universal team, led by account manager Billy Reynolds and operations manager Steve Graeser, has helped to reduce crime on the transit system, brought innovative approaches to the client and raised the bar for what is possible when tasked with securing public transit systems. Judges felt that the nomination demonstrated excellent client and relationship engagement.

Metro Public Safety, Allied Universal and the St. Louis Regional Metro Transit Task Force, work hand in hand to bring safety and security to public transit in the Metropolitan St. Louis area. A comprehensive security plan, thorough understanding of industry best practices, innovate thinking and strong partnerships have led to a complete overhaul of public transit security in St. Louis and in turn have made MetroLink and MetroBus, regional assets for the bi-state area.

“We are incredibly honored to be recognized for our outstanding MetroLink team and partnership with Metro Public Safety and the St. Louis Regional Metro Transit Task Force at the industry’s most prestigious conference,” adds Jones.