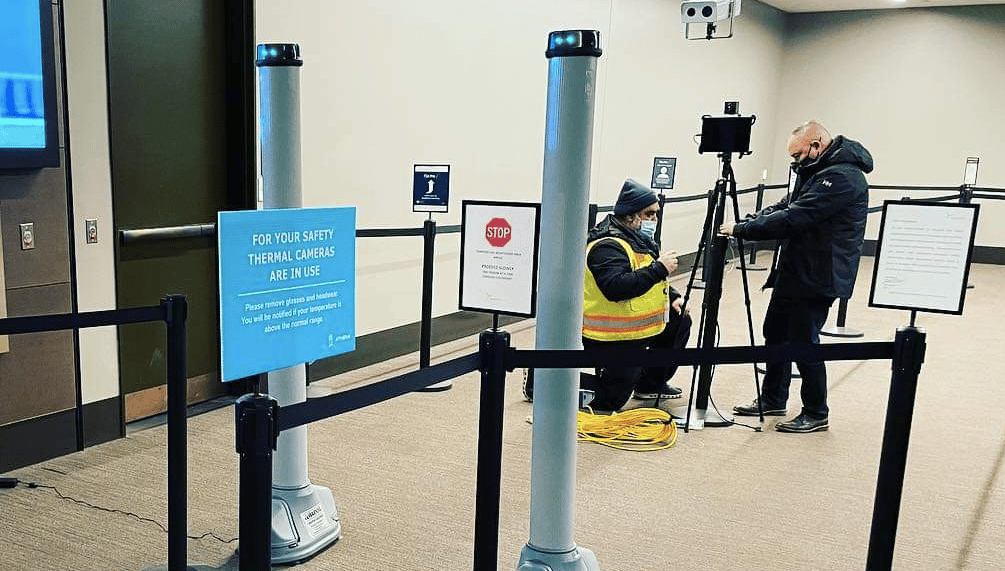 “We are the only company in the market to provide a weapons detection system that includes temperature and symptom screening.”

In its press statement announcing the Entryway’s update (17 June 2022), Athena said: ” The announcement is made in the wake of recent active shooter mass casualty and mass injury events across the United States. The concealed weapon screening technology has been designed to differentiate between harmless personal items and mass casualty weapons like handguns, long guns, and large knives.

“The system can send images with contextual information to security personnel, making them more prepared for a potential threat, as well as lock the door in a hardened entryway.”

The Entryway Security Solution provided by the company also includes Elevated Body Temperature Detection and Symptom Screening. The elevated temperature detection system is an automated plug-and-play system that calibrates and configures itself without any intervention. This system can be configurable as per the requirements of specific companies. It sends real-time alerts to a designated individual in the company. Athena also provides third-party connectors such as video management systems and access control integrations to lock the doors if an alert is found.

“We are the only company in the market to provide a weapons detection system that includes temperature and symptom screening,” said Michael Green, CEO and co-founder of Athena Security. “We can automatically lock the doors and send real-time alerts to security teams. We provide world-class technology to organizations that need to mitigate and prevent these catastrophic risks.”

“The turnkey hardware and software solutions are combined together to enrich security guarding. We have a diverse range of systems that function differently as per the particular protection requirement. These are elevated temperature detection, visual gun detection, and people counting sensors. We have worked with the most reputable & professional brands and software companies to develop and distribute best-of-breed hardware. This is a proactive security measure that deters and detects firearms to mitigate catastrophic risk,” Michael Green added.

Athena security was established in 2018 and headquartered in Austin, Texas, United States, it is NDAA compliant, which has allowed the firm to work with the Federal Government, including the US Army and Air Force.

As reported by this website, it was not the first weapon scanning solution that meant people do not need to empty their bags and pockets, but Athena says it is 10 times faster than standard airport security or entry into public buildings.

“Our new walk-through metal detector overcomes this Catch 22 allowing for the fast flow of traffic into buildings while providing a high level of weapons detection and security screening,” says Athena Security Co-founder and President Lisa Falzone.