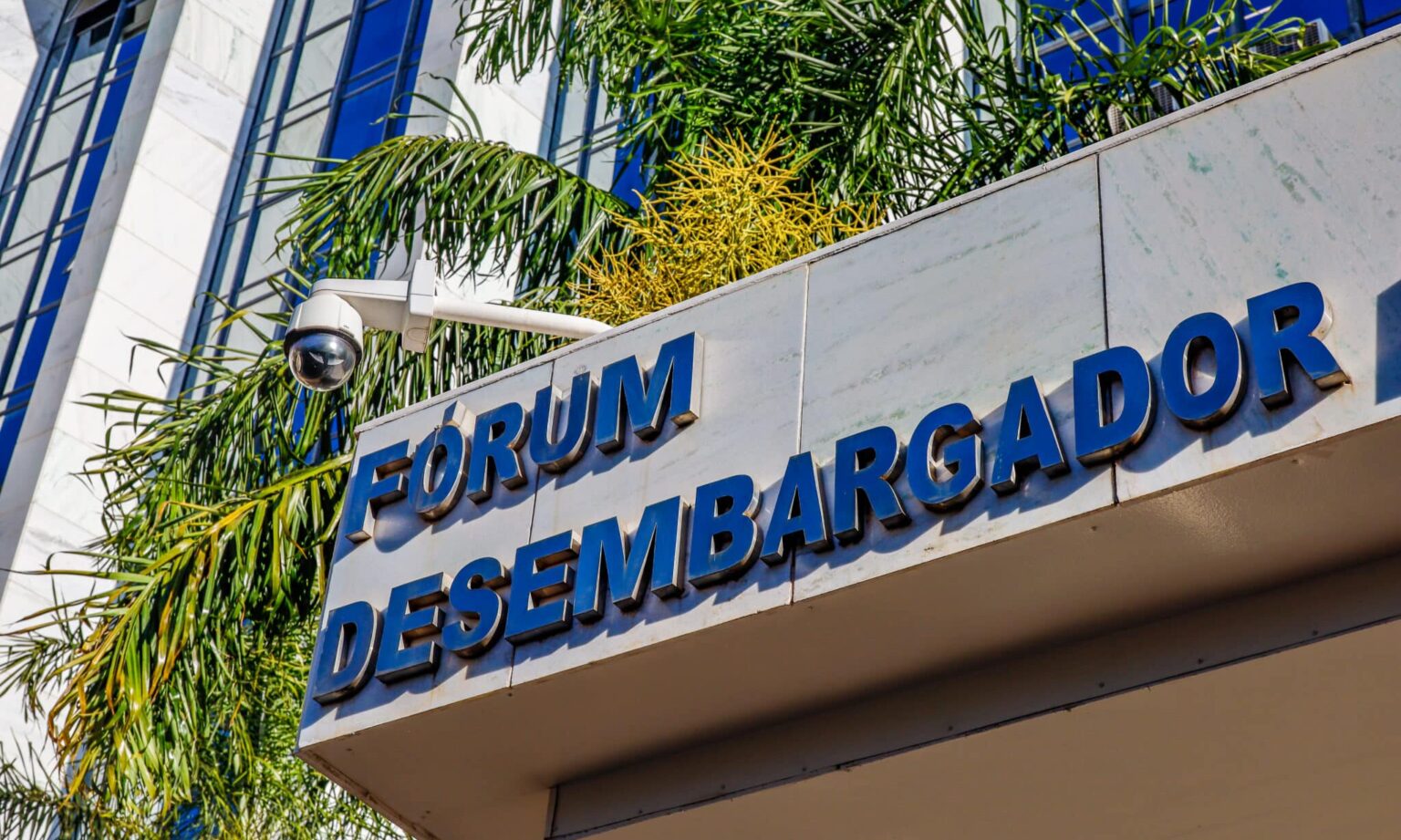 Occurrences of defendants escaping and rioting were a very real risk. The Federal District Court considered this when it undertook preventative security actions. The court needed a better way to monitor 30 buildings spread across Brazil’s federal capital to protect employees and visitors, ensuring the safety of thousands of Brazilian citizens who use the agency’s services. Ultimately, the court needed a system to help capture fugitives and identify criminals.

The Federal District Court expanded and upgraded its existing security infrastructure with a district-wide solution using cameras equipped with intelligent video analytics (perimeter, loitering and forensic search) from Axis Communications and Bosch, all integrated with the Milestone XProtect Expert open platform video management system (VMS) for easy monitoring, prevention and incident investigation. During emergencies, local law enforcement have direct access to all cameras and the VMS.

Result: Efficient monitoring of courts and other buildings made it possible to increase security efficiency

The Milestone open platform VMS was selected based on a range of included features such as integration with existing cameras from different manufacturers, devices supported, technical support and performance. The new video surveillance system has helped security personnel deter defendants from escaping, crowds from forming and has provided greater security of the facilities.

The Court of Justice of the Federal District and Territories (TJDFT), a federal body of the union’s judiciary, was founded in April 1960. It serves all cities in the Federal District, which currently has an estimated population of nearly 3 million people. Its mission is to provide the community with access to justice and peaceful conflict resolution. The conglomerate brings together forums from the 33 administrative regions that make up the Federal District, where Brasília is located. Other buildings are located in the court complex, such as the public warehouse, the central holding area for guarding weapons and objects from crimes, a museum, medical areas and a retail complex.

TJDFT needed a modern video management system that could integrate all 30 buildings of judicial districts across the federal capital, some of them in remote areas. In addition, the court needed to monitor all offices from one centralized location. It was essential to ensure the safety of people and property and the security of the system itself. In the main building alone, approximately 4,000 to 5,000 citizens visit the location monthly.

“We were dealing with a variety of incidents such as unauthorized access, people with pending arrest warrants, defendants and robberies”, said Igor Martins da Silva, incumbent manager responsible for the project contract at TJDFT. “The ability to look at the video and react instantly, or even before an incident occurs, is a huge advantage for us.”

TJDFT’s previous surveillance system consisted of analog cameras connected to stand-alone DVRs. The outdated system used obsolete equipment, providing no integration between the different buildings. The solution was to implement a modern system that met all of the court’s needs. The initial project integrator was responsible for offering Milestone’s open platform VMS—which was approved—because it met the requirements of the TJDFT, in addition to offering more freedom of choice, among the associated technologies.

They also recommended cameras and video analytics from Axis (models M1125, P1435, M3046, P5534-E) and Bosch (models NBE-3502-AL, NDV-3503-F02) because they offered the best visuals and performance. Now, all 30 buildings are monitored both from their unique location and one centralized command center that integrates into the Milestone Smart Wall.

The implementation of smart video analytics has vastly optimized policing in courtrooms and other internal areas. According to Martins da Silva, the perimeter, loitering, and forensic search analytics from Axis and Bosch are used the most in TJDFT. With the motion sensor enabled on the cameras and the use of motion filtering, finding suspicious activity became much faster. If the system detects something unusual in the courtrooms, it triggers a riot alert so police can take necessary measures.

Several crimes are tried in the forums, and there is a risk of escape attempts by the defendants involved in these trials. Intelligent video can quickly identify these riots and trigger police to intervene to prevent an uprising. The magistrate can also activate the panic button and the alarm sounds in the monitoring center.

Objects left behind in courtrooms can be identified more efficiently, reducing dangerous situations such as a bomb hidden in a bag, for example.

Installing Milestone’s VMS brought savings to TJDFT. Today it is possible to monitor much larger areas with fewer cameras and people.

In the past, the alarm system was triggered by telephone, a slow and complicated process that exposed employees and visitors. With the new system, it is possible to include analytics integrated with courtroom panic buttons. These can be activated immediately via the VMS in an agile and straightforward way for a faster response in cases of incidents.

Each TJDFT building has its own monitoring center. Local police follow up in real-time and respond to emergencies. All centers are integrated into the central command center located at the headquarters, which has access to images and alarms from all buildings.

In building access control, when a person uses with their CPF tax identification number to enter the building, the system indicates if an arrest order was issued against them. If a warrant is found, an alarm is triggered in the system, and the team follows this person’s path in the building. Forensic search analyzes the person’s physical characteristics and clothing attributes, so that the cameras can find the person and track them around the building.

While this person is being monitored, another police officer contacts the agency that issued the arrest warrant to determine if it is still valid and requires action. Since implementing the project, this function has helped law enforcement agencies identify, locate, and arrest people with a valid arrest warrant.

A more efficient system, scalable and ready for future growth

The implementation of the system took place in stages. Since the TJDFT is a public agency, each stage required a bidding process. The judicial police were responsible for preparing the project description to carry out the bidding, and the services and products contracted.

According to Martins da Silva, the first stage took place in 2015. “We chose the most critical buildings to receive the new technology, the largest ones with the greatest flow of people. At the time, we updated nine buildings with the new surveillance solution.”

In 2017, the project expanded to the rest of the buildings in the second stage. By then, the contract required the use of Milestone’s VMS. For the third stage in 2020, the TJDFT updated all the licenses and extended the Milestone Care Plus service, which provides maintenance and complete product support.

Approximately 1,174 cameras are installed in common areas outside and inside, especially in areas where criminals are held. Among the camera devices, 80 percent are from Axis. As the largest in size with the greatest number of courtrooms, the main building received the most cameras, totaling 450. The other 29 buildings have between 40 and 110 cameras each, depending on their size and specific needs. The system is scalable and open, ready to handle new installations and additional integrations.

“We bought our cameras at different times based on cost, functionality, and warranty,” said Martins da Silva. “We had 30 buildings that were all using different cameras, so we needed to feel confident that they would all integrate into the unified software system without any hassle.”

The management of all forums in the Federal District is done in a virtual machine on a SQL server. However, the recordings of the images are still made locally in each building to avoid overloading the storage.

Located in the main building, the monitoring room has more robust servers and a video wall featuring ten 47-inch monitors for viewing images. Police officers monitor the system 24 hours a day with support from the IT team, if necessary.

The personnel who operate the system received training on the functions most used daily: retrieving images, searching, configuring mosaics, and checking system alarms.

Currently, all TJDFT buildings have Milestone’s VMS installed, and all new buildings built in the future will also receive the solution.