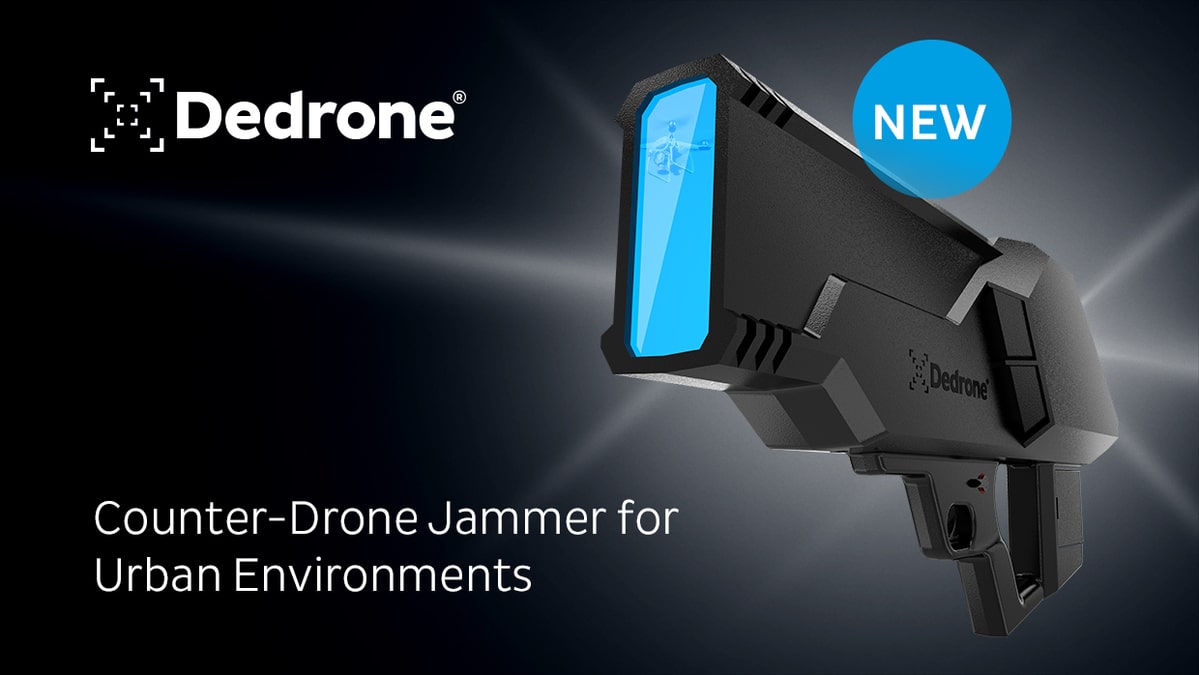 Dedrone’s DroneDefender solution, for military environments, has sold more than 700 jammers to allied forces worldwide. Both DroneDefender and DedroneDefender break communication links between pilots and unauthorized drones, making them effective against drone swarms as well as singular drones. DedroneDefender can be operated in traditional handheld mode supported by a phone-based app for targeting. By Q1 2023, it will also be available mounted on a pan-tilt-positioner for automated targeting as directed by DedroneTracker software, resulting in an autonomous Pan-Tilt-Jammer (PTJ) solution.

At only 7.5 pounds and just 22 inches long, DedroneDefender is one of the lightest and smallest precision jamming systems available on the market. It comes equipped with narrow-band jamming to minimize disruption to other devices and meets military standard MIL-STD-810H. DedroneDefender’s use of narrow-band or “comb” jamming reduces the risk of interference with other systems in the area like Wi-Fi and is specifically configured to the identified malicious drone’s protocols as prescribed by DedroneTracker detection solution. Once communications are interrupted on a drone, it enters a pre-programmed safety mode to minimize risk to others and damage to the drone.

“DroneDefender is a valuable resource for extreme hostile environments, as proven by our federal and military customers,” said Aaditya Devarakonda, CEO of Dedrone. “DedroneDefender extends that security to law enforcement and is a vital tool in a layered defense approach. It is easy to implement and use for drone mitigation, especially when combined with the threat prioritization provided by DedroneTracker. Our solution library is continuously updated to ensure both DroneDefender and DedroneDefender are able to mitigate even the newest manufactured and DIY drones.”