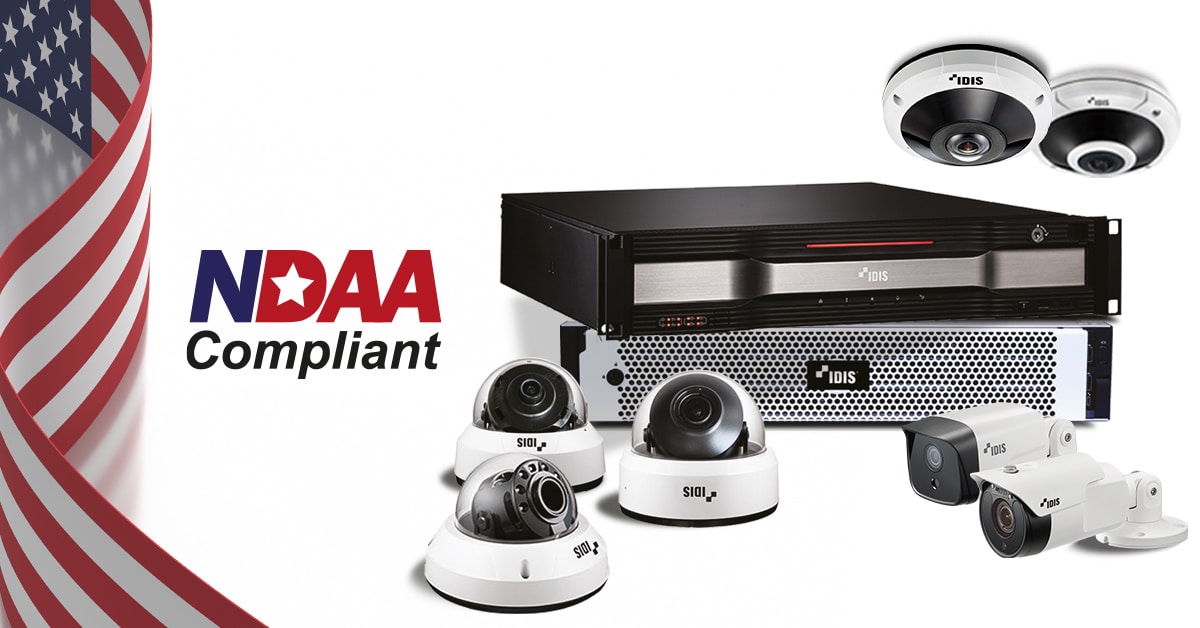 IDIS, a global security company that designs, develops and manufactures, surveillance solutions for a wide range of commercial and public sector markets, has announced it has earned three prestigious Secure Campus awards.

The Secure Campus awards honour the outstanding achievements of security industry manufacturers whose products are considered particularly noteworthy in their ability to improve campus security. An independent panel of judges from the security industry selected the top entries in the 2022 categories and named them winners using criteria including features, innovation, user friendliness, interoperability, quality, design, market opportunity and impact in the security industry, technical advances and scalability.

System designers can now pick the perfect NDAA camera for their mission, choosing from IDIS domes, fisheyes, bullets, turrets and PTZs. These include low light and vandal-resistant models with essential features and analytics such as two-way audio, active tampering and line cross and as well as sleek and low-profile and modular cameras, that won’t impact on the importance of welcoming campus environments.

IDIS’ newly designed and updated range of NDAA-compliant NVRs is meeting the rapid upgrade needs of customers, including established education sector users in receipt of federal funding. IDIS foresaw that the new NDAA standards would unlock significant new demand for our NVRs worldwide. Their new NDAA-compliant NVRs feature powerful Pentaplex operation providing simultaneous live, record, playback, backup and remote operation and the most robust and cost-effective foundation for any scale of surveillance operation. Suitable for organisations large or small, the range includes eight channel models through to enterprise-PC servers that scale to encompass a limitless number of devices capable of monitoring any number of facilities.

For IDIS America, the new NDAA requirements are more than just a matter of standards-compliance and certification – the revised legislation concerning manufacturing origin aligns with IDIS’ values: safeguarding people and property, closing cybersecurity loopholes, contributing to national security and resilience and helping to create a better world through positive and ethical use of technology.

“The IDIS NDAA-compliant range follows the rules set forth by the U.S. government,” says Andrew Myung, President, IDIS America. “All IDIS products are designed and manufactured in South Korea, bringing the compliance reassurance needed for enterprises that have businesses in the U.S. or plan to enter the market in the future. We at IDIS are deeply honored to have been recognised for our efforts and industry-leading solutions by Campus Security & Life Safety magazine with three of their very prestigious Secure Campus awards.”