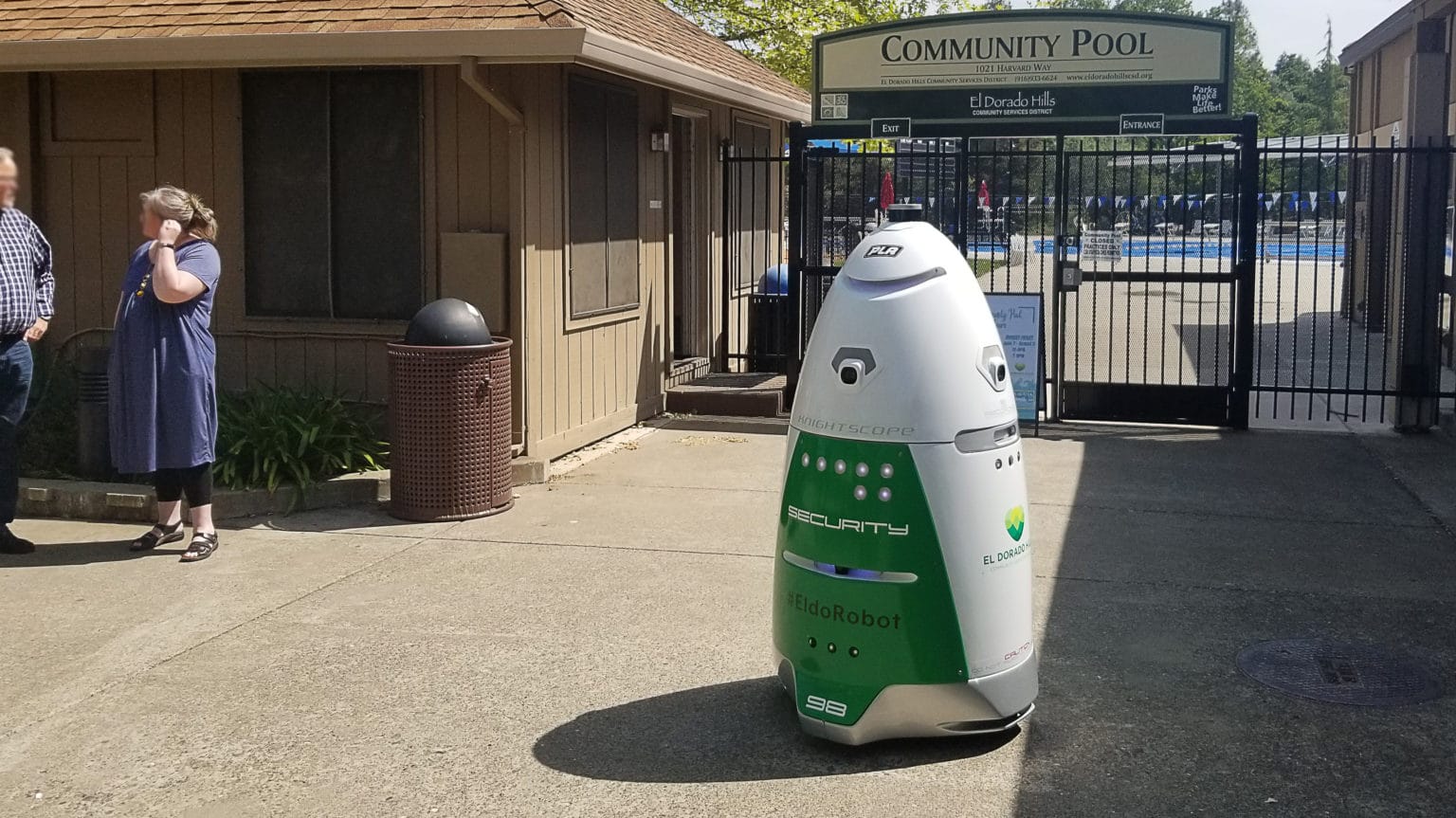 Knightscope Inc. has announced its latest deployment of a K5 Autonomous Security Robot (ASR) in a popular northern California park a month after the company boosted its top management team.

A parks and recreation organization that serves a large, densely developed suburban population will be using the ASR to patrol the area with specific mission of protecting the quality of life and environment of the community.

The Huntington Park, California, chief of police has declared he is pleased with the new recruit and declared the robot a success. The chief’s experience at a robotic webinar contributed to the decision to select Knightscope as an integral part of their security program, said the company.

Earlier this month announced another deployment in the San Francisco Bay Area with a Fortune 500 American clothing and accessories retailer. The K5 is patrolling outside of its Californian headquarters to deter and detect trespassers and help keep employees and visitors safe.

The company produces a range of security robots the K1, K3, K5 (seen here) and K7, the last being a multi-terrain ASR. All can be controlled from mobile devices.

The Knightscope K5 is primarily an outdoor machine which runs 24/7 on its own including autonomously recharging itself without any human intervention.  The K5 is 62.5 inches tall and 33 inches wide, weighs 398lbs and can travel at up to 3mph. It’s suitable for indoor or outdoor patrols as it’s fully weatherproof and can scale inclines using ramps.

It is best suited for securing large outdoor spaces.  We have operated nearly 1 million hours in the field and now well into our 3rd winter.  Working together with human eyes utilizing our fully integrated Knightscope Security Operations Center browser-based user interface, you now have an actual force multiplier physical deterrence. This means a tremendous amount of real-time data can be used to better secure the places people work, study, and visit.

Operating out of Silicon Valley since 2015, Knightscope announced in April that it was broadening its management team to better equip the company for long-term growth. “Four employees that have demonstrated exceptional leadership abilities have been promoted to capitalize on its current momentum and will continue to drive product innovation and sales growth,” said a company statement.

William Santana Li, chairman and CEO, Knightscope, Inc. said: “I am so excited that we have such a seasoned and dedicated team leading Knightscope, and I wish to thank all of them for their absolutely relentless efforts. We have a long road ahead of us, but I have had the honor and privilege of working with these outstanding individuals for years and I am bullish about the future because of them.”

Knightscope is an advanced security technology company based in Silicon Valley that builds fully autonomous security robots that deter, detect and report. Knightscope’s long-term ambition is to make the United States of America the safest country in the world. Learn more at www.knightscope.com.

“Knightscope’s mission is to make the United States of America the safest country in the world.  Our technologies deliver real-time, actionable intelligence that allows public safety professionals to more effectively deter, intervene, capture, and prosecute criminals.

“Technologies like Knightscope, which are known to be effective in reducing crime, need to be implemented on a large scale in order to achieve the mission.  Unfortunately, there are over 19,000 police agencies, 8,000 security companies and countless private corporate security practitioners in this country, and there is no national database or single objective source showing them what works best and how to do it.

“Knightscope clients documented and reported some of their amazing wins, which are shared below.  Spread the word that Knightscope is at the forefront of providing effective results and new capabilities to the global security market with a proven track record of success by sharing this page with a friend, colleague or agency that you feel might benefit from Knightscope’s services.”