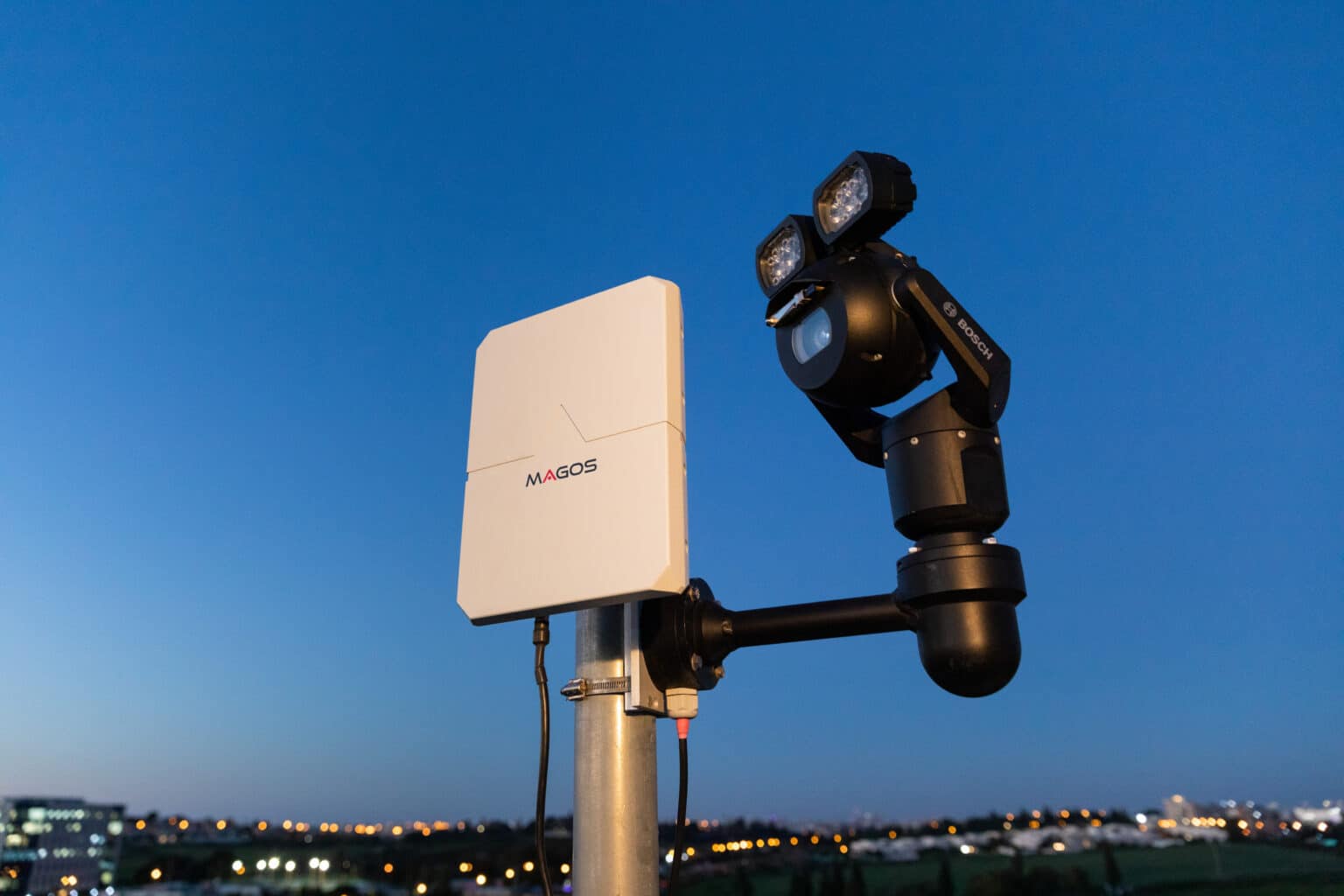 Magos Systems, a provider of radar detection technology, has announced that it is introducing Blue Force GPS as well as speed- and direction-based filtering to its perimeter detection solution.

According to the company, the new features are intended to reduce false alarms at perimeters and help to streamline security operations at a variety of different types of sites.

Blue Force tracking leverages GPS technology to recognize authorized personnel as “friendly forces” when their presence is detected by the Magos radar. The company emphasizes that this feature is particularly useful for facilities that require security staff to regularly patrol the premises.

Using a dedicated application installed on the mobile device carried by security personnel or contractors, the Magos MASS+AI management software correlates GPS data from the device with radar detection data and signals to security system operators that the person is not a threat. “Friendly” status can be added or revoked in the MASS+AI software or in an organization’s integrated video management software platform.

“Radar technology is providing growing value to security operations. It can provide intelligence about an incoming threat – friendly, human, vehicle or wildlife – as well as operational data such as speed and direction,” said Amit Isseroff, Vice President, R&D, Magos Systems. “The Magos solution provides this additional awareness and reduces nuisance alarms by intelligently filtering incoming alerts, all in a more cost-effective way than video analytics or other solutions.”

Magos also notes that the Blue Force feature within the MASS software is the built-in map view depicting the location of these authorized personnel. This enables the operator to locate and dispatch the closest security force when an intrusion has been detected.

The addition of speed-based target filtering further contributes to false alarm reduction as well as added safety-related scenarios. Vehicles traveling at high speeds can be filtered from normal road traffic. An alert can be generated when a vehicle slows down near the perimeter fence or accelerates rapidly toward the gate, indicating a potential security situation, Magos notes.

Direction-based filtering can trigger an alert on a vehicle traveling in the wrong direction in the outbound lane or the presence of a target crossing the road towards the fence. Once an alert is generated by the MASS software, the alarm is propagated to the integrated video, access control or other management software to notify security personnel and trigger the appropriate response.