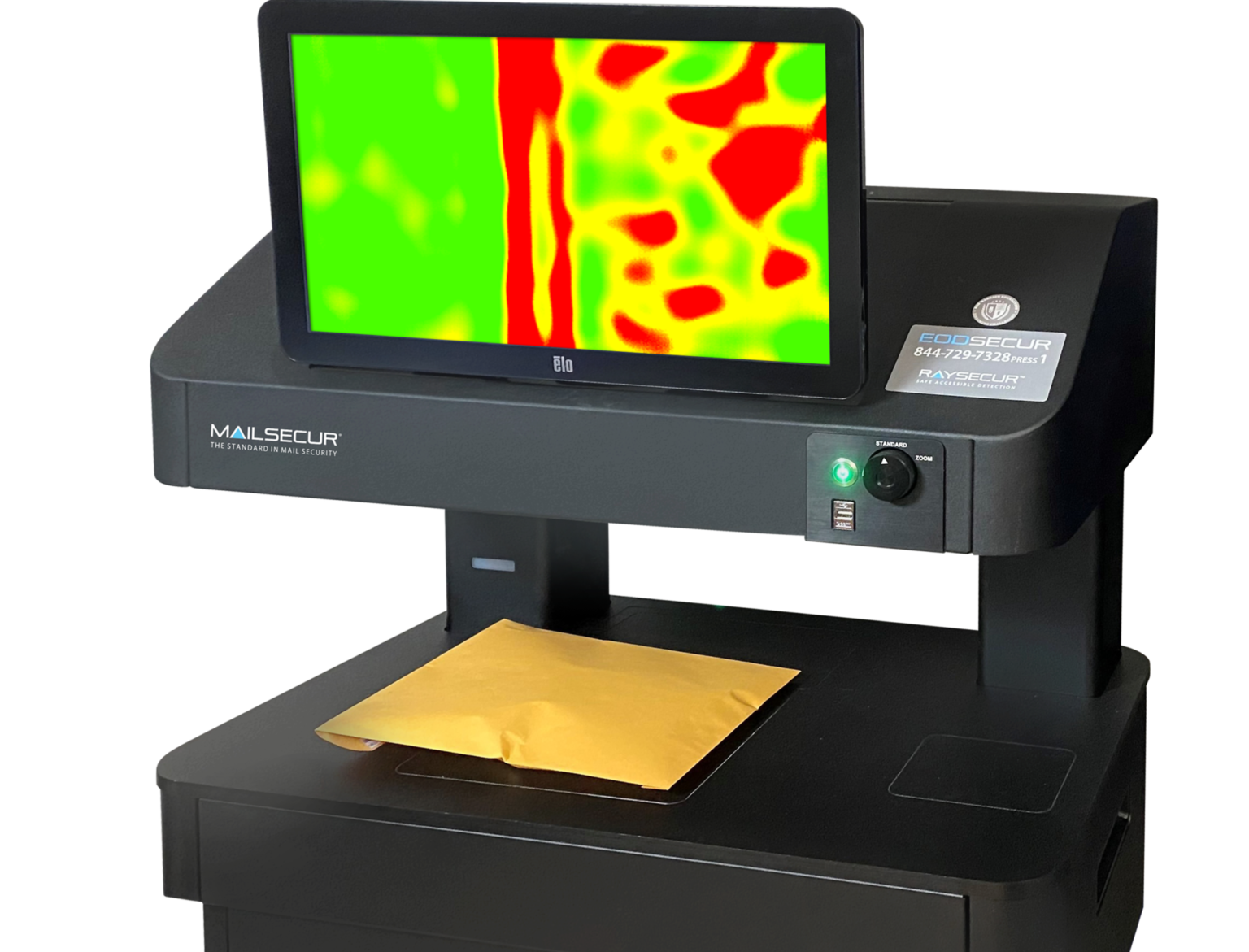 Correctional facilities are struggling to stem the flow of drugs into prisons and jails, particularly papers soaked with drugs and other harmful substances. When dried, the drug-laced papers can be undetectable to humans, making the papers an ideal substrate for smuggling. When paper is treated with drugs, it changes the way the paper interacts with the T-rays, which enables the MailSecur scanner to detect the anomaly – without anyone having to open the mail.

Postal mail is a leading method of smuggling illicit drugs and contraband into correctional facilities. The influx has increased the exposure risk for mail screeners and correctional officers to harmful substances and resulted in a rise in inmate overdoses and deaths.

RaySecur recognized the urgency of the problem and worked in partnership with multiple state departments of corrections and private correctional facility management companies, leading to the development of exclusive imaging capabilities that specifically target drug-laced papers.

Will Plummer, CSO of RaySecur stated: “We know first-hand the challenges that mail screening poses for correctional facilities. It’s a manual process that requires a lot of resources, time and staffing. Often, this process involves opening individual items, exposing correctional staff to potentially dangerous substances. Since drug-laced paper is invisible to the naked eye, it will continue to evade detection and when staff handle the paper for tactile inspection it increases their risk of exposure. We see this latest detection capability as the first of a series of software and hardware platform solutions developed specifically for corrections to meet the challenge of the ever-changing methods of smugglers to evade detection.”

The enhanced imaging capability in the MailSecur scanner provides a simple, real-time visual indication that sheets of paper inside a sealed envelope have been treated with drugs, eliminating the need for extensive operator training. Untreated or normal paper displays a green image, while treated papers will present as yellow or red depending upon the saturation level. These new detection capabilities are in use now at select correctional partners. General availability of the laced paper T-Suite solution will be in Q4 2022, with other offerings to follow.

Mail screening with the MailSecur desktop scanner is simple: place the letter or parcel on the scanning bed and it will instantly display a 4D video of the contents in real-time which will dynamically change as the operator manipulates the object on the scanning bed. MailSecur uses safe T-rays, or mmWaves and is the first scanner of its kind to receive Department of Homeland Security (DHS) designation as a Qualified Anti-Terrorism Technology (QATT) under the DHS Safety Act.

Unlike X-ray imaging, which emit harmful radiation and require safety inspections and trained operators, MailSecur requires no special training and is 300 times more sensitive than X-rays at detecting powders or liquids. In addition, MailSecur can detect all nine types of dangerous substances identified by DHS, including chemical and biological substances, drugs, weapons, explosives and even radiological threats among other forms of contraband. Each scanner can connect to an optional RaySecur private wireless network with direct, one-touch remote access to trained military Explosive Ordnance Disposal (EOD) professionals who assist MailSecur users with ongoing training and threat resolution.