EXCLUSIVE: How the right video technology can improve crowd control 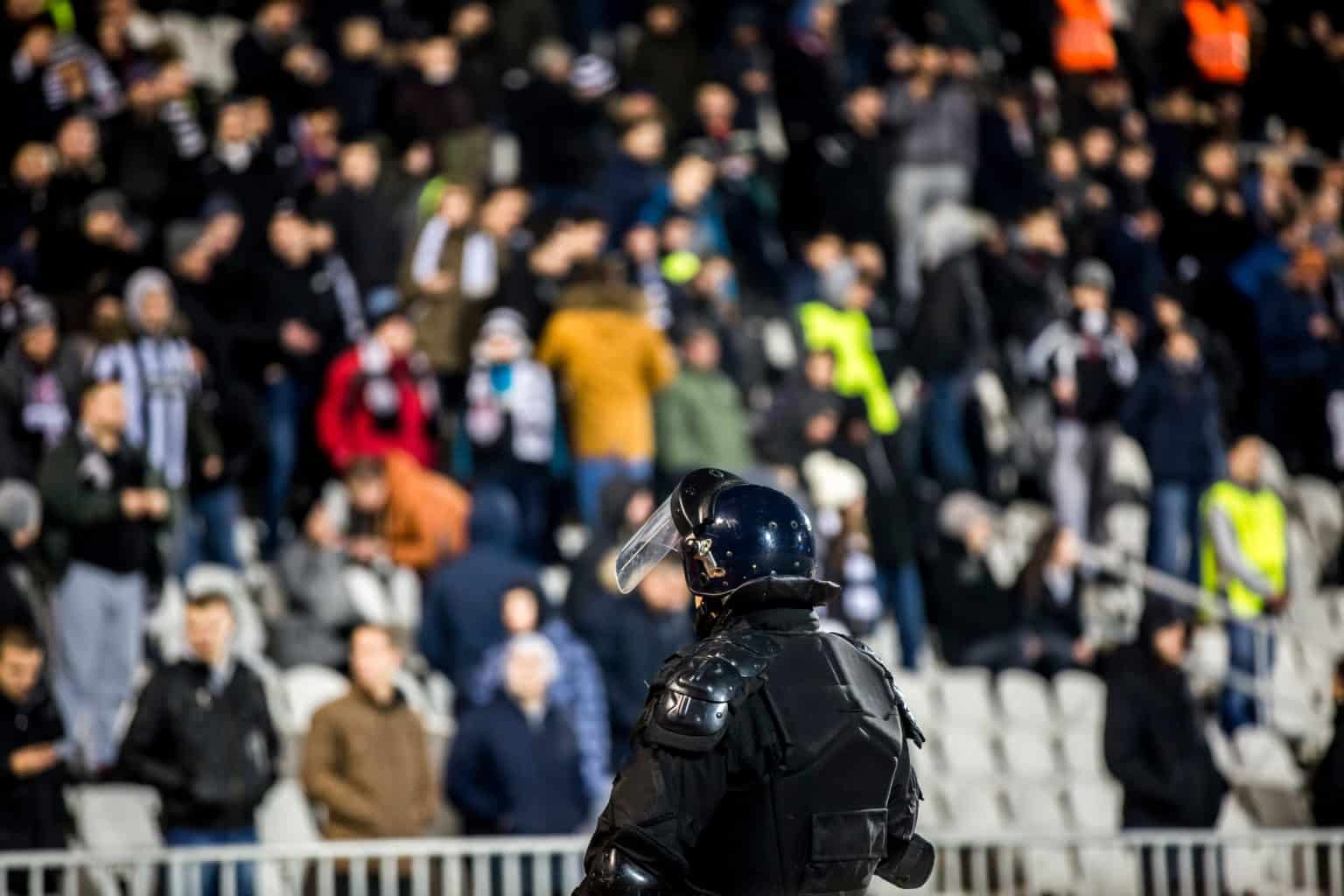 The relief after the forced COVID-19 infused abstinence was just great. Over the last few months, sports fans worldwide have been allowed to watch sports events live in stadiums again and cheer on their favorite team – without significant pandemic restrictions, such as limited seats and social distancing in the stadiums. However, the excessive emotion this brings with it highlights almost forgotten challenges: such as excessive pre-game activities, selfie-seekers storming the playing field or violent acts among fans.

The lack of stewards

After two and a half years of COVID-19, emotions are often inflamed by the many restrictions brought about by the pandemic. Possibly under the influence of alcohol or drugs, fans get carried away by the atmosphere of the crowd in the stadium and do foolish things more than in pre-pandemic times. The fact that many stadium operators must manage with significantly fewer security staff than was the case before the pandemic does not make the situation easier.

From “selfie seeker” to threat of terrorist attacks

These circumstances increase the demands on crowd management in a wide variety of areas in and around the stadium. The most harmless here are of course the classic “selfie seekers”. Also, the dangerous pyrotechnic offences that are typical in Europe are a rather rare problem in the US. On the other hand, stadium operators often must deal with rampant “pregame” activities in the car parks or on the way to the stadium and must maintain control over the ever-latent threat of terrorist attacks.

Understanding overview and details in parallel is key

Many stadium operators are therefore increasingly using video technology to meet the various challenges – especially considering the growing shortage of staff. However, conventional systems that use an enormously high number of individual cameras – with the correspondingly high personnel costs – are not as effective.

High-resolution camera systems, equipped with several sensors of different focal lengths (so-called “multifocal sensor systems), enable a comprehensive overview of the entire event as well as any number of simultaneous zooms by several operators. In this way, the behavior of crowds as well as individual groups of spectators can be precisely observed.

Timing is of the essence

This gives the security staff and police in the control room a better understanding of the security situation and enables them to react very early in the process of something happening, in a very informed and targeted way, so that they can take further steps to calm the situation. The same applies to tumult at the entrance areas, when, for example, fans without valid tickets try to gain access to the stadium. Here, too, multifocal sensor systems cover long distances and large areas with considerably fewer screens and thus tremendously help to improve situational awareness and keep things under control.

They key is that these systems allow operators and police to understand the overall scene while at the same being able to check for details in as many areas as needed. Thus, being able to identify and fight trouble at the very point of its origin. Here, stadium operators or the commanding police officer can benefit from video systems that allow large spatial contexts to be captured with as few camera perspectives and screens as possible.

What is “sufficient image quality”?

In addition to finding a solution that requires as few cameras as possible to do the job, decision makers should also be aware of a sufficient image quality across the entire area they want to cover. A video image that doesn’t show the required level of detail is useless, image quality is of central importance when managing large groups of people: First, it allows security personnel fully understand what’s going on and track individuals as their features and faces are recognizable during live observation.

In conjunction with high-performance video management and control center software, more and more venue operators find digital incident files a very handy and efficient way of processing their “incidents”. As opposed to traditional approaches, where video sequences had to be painstakingly extracted as individual files and often passed on in analogue form with other documents, all relevant texts, images, video sequences, audio files witness statements and other information can be summarized in electronic incident files. These can then be handed over to the investigating authorities and processed further without a break in Media.

At this point, two further important applications of video technology should be mentioned where it can provide support. In terms of terror prevention, it is important to use video systems that function smoothly and are up to date. However, it is also important to ensure that a video system does not create blind spots that attackers can use to retreat or entrench themselves without being seen, as was the case in the terrorist attack in Manchester on 22 May 2017 for example. Here, it can be useful to rely on 360° or 180° cameras that offer a unique overview of even the most convoluted areas to have optimal control of visual contexts.

It is equally important to have an immediate overview of other security systems such as access control, intrusion detection and fire alarm systems. Imminent dangers, for example if a locked door is opened violently, can be reported by the access control system to a higher-level control center software.

By intelligently linking the locations of doors and associated viewing angles from installed video cameras, these systems can issue alarms and operators can immediately verify such alarms with video images and take further action. For example, it is possible to unlock all doors during evacuation measures, control bollards and visually verify procedures.

Beyond the matchday: Artificial intelligence versus intruders

Besides the challenges on matchdays, safety is also important when conferences, corporate events and other events take place. One trend is so-called “urban climbing”, where adventurous people climb stadium roofs, for example, to take selfies and pictures for social media. In these “sterile areas”, the interaction of video cameras and AI-based object classification software can help to issue an “intrusion detection” alarm if the system detects a person in this forbidden zone. Security forces can intervene accordingly and resolve the situation.

The same applies to the notorious pre-game “activities” in parking lots: with AI-based video-systems security personnel are alerted very early in the process of “activities forming” while at the same time AI-based object classification reduces the number of unnecessary false alarms.

Due to the rapid development of AI-based video analysis, there will be numerous applications in the future that can improve crowd management. These include, for example, the tracking and automatic search of people based on certain characteristics, such as:

Regardless of future capabilities, high-quality camera images will always be at the core of any analytics solution – image quality determines data quality and in most applications, the human eye is needed to make the final decision.

This article was originally published in the July edition of Security Journal Americas. To read your FREE digital edition, click here.