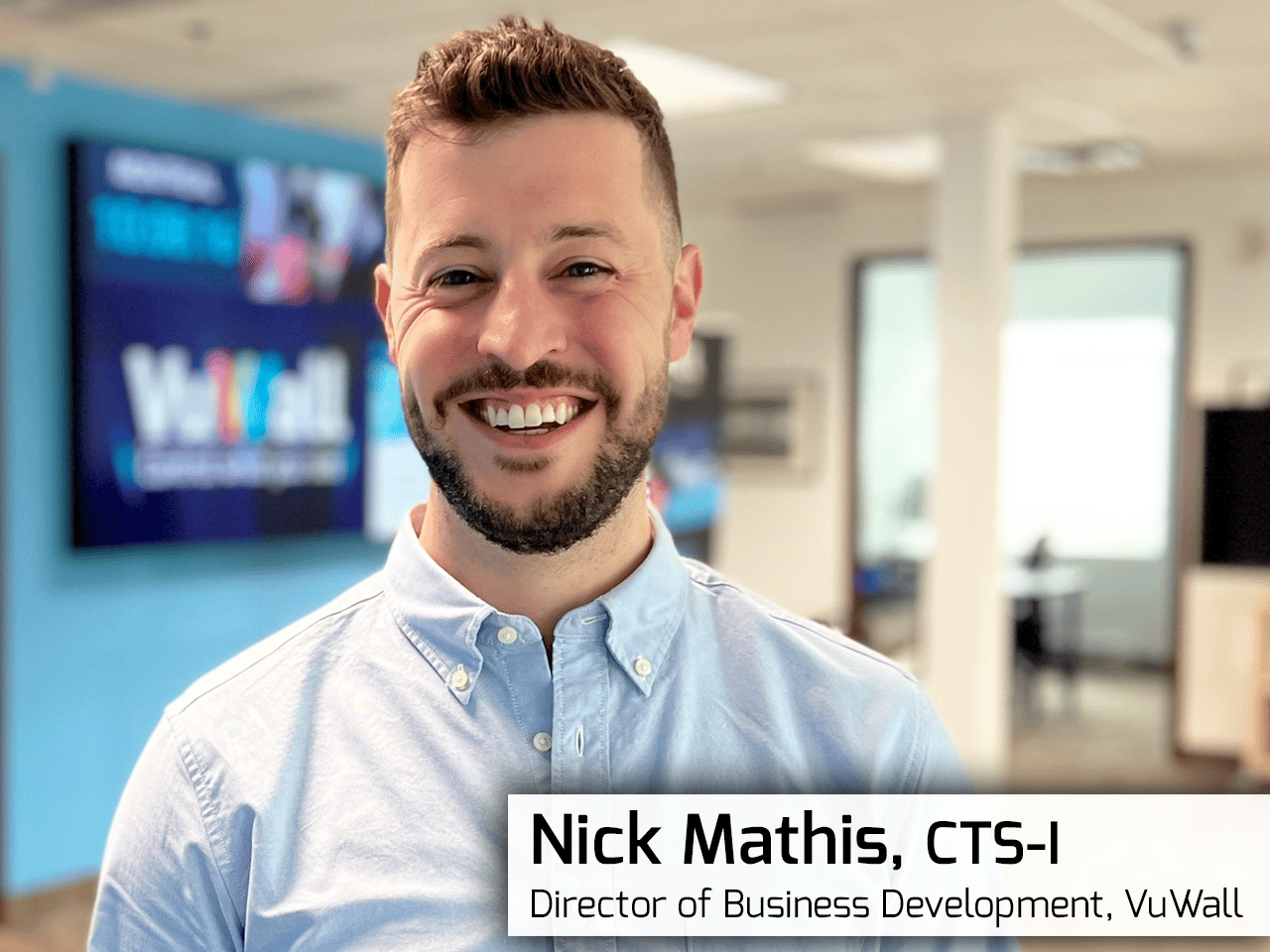 VuWall, a technology specialist in video wall control systems and unified visualization solutions, has announced the appointment of Nick Mathis, CTS-I, as Director of Business Development. He will focus on building and nurturing relationships with VuWall’s integration partners; resellers; and AV, IT and security consultants to drive the broader expansion of the company’s customer and partner base in the US market.

“Nick brings a decade of experience to VuWall with a solid background in sales and technical knowledge,” said Maryse Montagne, Vice President of Sales at VuWall. “He’s the ideal candidate to ensure our US expansion strategy excels. I couldn’t be more thrilled to have him join our growing team.”

Mathis graduated with honors from Iowa State University with a bachelor’s degree in aerospace engineering. He earned his AVIXA CTS credential in 2014 followed by his CTS-I in 2017. Prior to joining VuWall, he was a Regional Sales Manager at Matrox. Previously, he worked as a solutions and AV systems engineer at Mechdyne Corporation in the US and Europe for nearly six years.

Based at VuWall’s North American headquarters in Montreal, Mathis will be reporting to Montagne. In his new role, he will help increase VuWall’s market share and brand awareness by developing new business opportunities and nurturing existing ones. Mathis will be responsible for identifying new markets, growth areas, industry trends and customer drivers. In addition, he will develop, maintain and grow long-term relationships with VuWall clients, partners and industry consultants. He will work closely with VuWall’s product management, marketing and sales teams.

“I’m excited to join VuWall during such a pivotal time for the company, in a growing industry that I am very passionate about,” said Mathis. “I have been collaborating with the VuWall team for a few years and have always been impressed with their innovative solutions and their incredible company culture. I look forward to contributing to the company’s growth and increasing our US footprint.”

Mathis is VuWall’s latest hire, contributing to a 30% growth in staff since January 2021 in both their Montreal and German offices. He is the second addition to the US team this year, along with Steven Rawlings, who joined the company in January. Rawlings is based in Seattle, supporting VuWall customers on the West Coast.