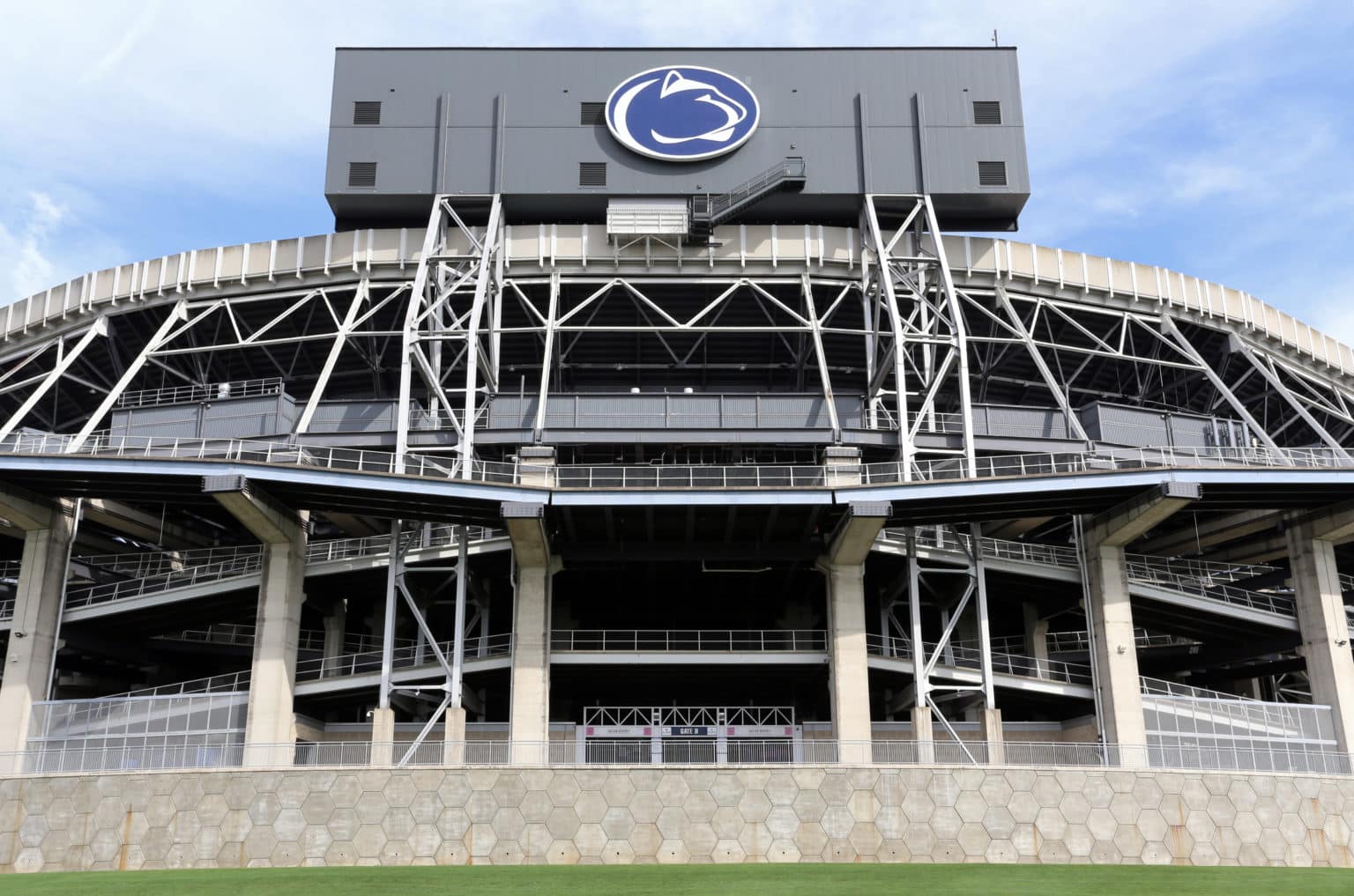 Dane Dodd, VP Advanced Utility Solutions, USIC, is one of the USA’s most experienced advisors on crowd management. SJA asks him about the dangers and discover why he believes crowd crushes continue to happen.

Sixteen stadiums have been selected for the 2026 Football World Cup, which will be co-hosted by the USA, Canada and Mexico.

And for Dane Dodd it will probably be his last big international event ending almost 30 years focused on the protection of crowds.

“People continue to lose their lives at big events – unfortunately it is a problem that keeps recurring,” said Dane from his office in Indianapolis. “We go about ten years and then we have an issue or incident, then we get religion so to speak and address the danger. But then another ten years goes by and it happens again.”

Dane reels off a long list of disasters across the world where lives were lost through badly managed crowds. “It happens very frequently in the developing world – Asia, Africa, Latin America – it’s very common and often it doesn’t even get reported as it’s just considered part of the deal, unlike Europe and the USA where crowd disasters make a lot of headlines.”

SJA interviewed Dane following his presentation ‘Preventing Crowd Crush and Collapse’ at the National Sports Safety and Security Conference & Exhibition at the end of last month in Champions Gate, Florida.

Crowds of course don’t just gather in stadiums and while Dane has been involved in NFL stadium safety procedures for many years, his knowledge of crowd management includes everything from protest marches to outdoor concerts. He refers during the course of our conversation to the 1989 soccer stadium disaster at Hillesbourgh Stadium in England, where 94 fans died, right up to the beginning of this month and the safety of the crowd at the 4th July parade in the Chicago suburb, which turned to tragedy.

“The biggest issue we have going forward is that people don’t just plan properly there’s still these breakdowns,” he says. “For stadiums, in UK the steward program green guide is law, you have match commanders and it a very rigorous system of checks and balance to ensure events run smoothy.”

He said: “The NFL does a good job, the English Premier League there others too. But the best overall architecture is NFL with its overall support for safety and security.”

But here’s the thing that he admits a source of frustration: “If you go to an NFL stadium on Sunday you will enjoy and be protected by an elaborate security and safety system. But if you attended a college game on Saturday you were far more at risk.”

He gave an example of the dangers that he still thinks need addressing in the USA: “Penn State University stadium is two hours west Pittsburg in one direction and two hours east to Philadelphia. But when there’s a big game on there are 170,000 people on the ground – equivalent to the third largest city in the USA, yet the city of Happy Valley is served by a 200-bed hospital.”

For crowd safety Dane has obvious admiration for the UK where its stadium safety procedures are enshrined in law. “The global expert on crowd density is a guy named Prof Keith Still who has done most of the research on this. He’s the expert, a research leader in crowd management following the Hillesborough football stadium disaster. He’s been hired by the Saudi Royal family to monitor the annual Hajj.”

Once you step out of UK there are no countries that have passed laws, says Dane. “For large gathering the USA you have National Fire Protection Agency Standards (NFPA) and most of the states – 43 of the 50 – have adopted the code for live safety as administrative law. But there aren’t any laws per se.”

In the USA those NFPA regulations mean for every 250 people you have attending, the organizer has to have one person trained in crowd management.

“But they stop there, they don’t say what the training is they don’t tell you,” says Dane. “So, we continue to have this problem.”

He continues: “The USA has a terrible history: the Iroquois theatre fire in December 1903, saw 600 people die after a fire started on the stage. To prevent people from sneaking in the organizers chained the doors.

“As a result of the Iroquois fire we have building codes but these are business orientated that need to make money so the thought is often, we don’t want to have laws that hinder us so we’ll have these as administrative code.”

He turns then to one of his biggest wishes: better paid, better trained stewards: “Venues and concerts are always short on staff. It’s low-paid and often irregular. So, why would someone chose to work as a steward for $12 an hour when they can earn $20-24 an hour in McDonald’s or Target? And also currently in the USA we have too few workers for the jobs we have.”

Former US Marine Dane has been involved in crowd safety and security for almost 30 years. In the late 90s he began work at the Metropolitan Museum in Central Park New York.

“Located by 5th Avenue big parades are frequent and there are concerts in park or building I got pulled into planning session with NYPD. The museum could hold about 200,000 people.

“Through those processes I got involved in crowd management. And then 9/11 happened. Everything changed on that Tuesday morning, public gatherings became a difficult thing. Now you had added concerns for crowd management not just about their safety, but additional risks from shootings, bombings and attacks.”

He moved to Florida in 2002 joining the the Contemporary Services Corp, which provided crowd services to large events. My main client was the NFL. Then three years after 9/11 the federal government admitted they didn’t have the knowledge of protecting stadiums and I was tapped to help group of experts.”

Over the next few years he found himself involved in stadium and crowd protection projects and has worked with the National Centre for Spectator Sports Safety & Security – known by everyone as NCS4 – since its inception in 2004.

He’s travelled and advised around the world. From the Winter Olympics in Vancouver to the London Olympics in 2012.

“The real danger comes from crowd density,” he explains. “If you’ve never been in it, then it’s important to understand density is the first thing to manage.”

The second danger is the mentality of the crowd. Referring for a second time to the Independence Day attack in Chicago, he said: “Crowds are nervous right now, a car backfires or they hear a loud noise and people will run. There’s your danger.”

He is concerned about preparations for the Chicago July 4 parade where seven were shot just days before the interview. “And there were crowd stampedes in Orlando – fire crackers – and Philadelphia -celebratory gun fire- which also occurred the same days but were overshadowed by the shooting in Highland Park, IL earlier in the day,” he said.

As a conference speaker at the end of June at the National Sports Safety and Security Conference & Exhibition in Florida, Dane says the audience were familiar with the concept of crowd density – more than six in each square yard and you run a real risk of tragedy.

“People understand the concept of density but they don’t get how to manage it,” he said. “Historically random things happen and the crowd reacts adversely. Everything will go normal but what we’re seeing ever more so random things from outside I showed list at conference.”

There is no simple way to protect crowds he says. “We have a few quiet years and people keep thinking we’re out of the problem and things only going get worse.

“There was a 5k tun in New Jersey about ten years ago and they found pipe bomb near finish line because they were doing sweep,” he said “Then people were asking, do we have to protect every 5k, every high school football or basketball game?

“The answer is yes – if you create a crowd, you have to protect it. You have responsibility like a parent for welfare. Do due diligence planning preparation ingress egress security and safely.”

The dangers extend away from sporting event and big concerts. “It happens in train stations and shopping centers. Black Friday has seen the same mistakes made with crowd management where people have died or been seriously injured.”

“There were people trampled and killed in Walmarts. The queues were in a straight line, crown no curves or line breaks so people at the back surged forward and then you have people trapped and crushed.

“In a crowd if people begin falling over you have just 90 seconds to get people out of the bottom – it’s like drowning. As if they’ve gone under water.”

For Dane it’s quite simple it’s about preparation, treating each event individually, mitigate the risks and ensure due diligence.

So 15 years after the first NFL safety report, does he believe stadiums now get it right? He says not. “It’s better but there’s always more than can de done.”

This article was originally published in the July edition of Security Journal Americas. To read your FREE digital edition, click here.