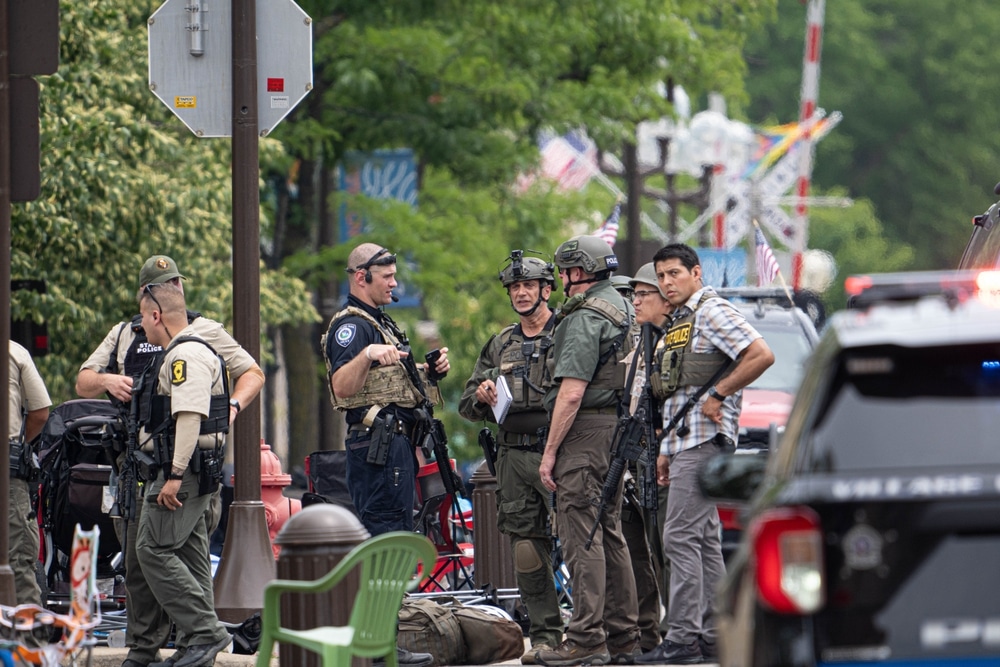 During Fourth of July celebrations in Chicago, suspect Robert E. Crimo III opened fire at random on a crowd of spectators killing seven and injuring over 30.

Crimo was previously known to authorities having been reported as ‘posing a clear and present danger’ after supposed threats to family members in 2019.

Another instance saw 16 knives seized from the suspect’s possession at his home, but was not arrested as police believed a probable cause to take him into custody was lacking as he did not possess a firearm owners identification (FOID) card, meaning police considered the case closed.

Despite this, the shooter was able to slip past a ‘red flag’ system which is designed to prevent people from attaining weapons and ammunition who are deemed to be unfit to own them such as having violent tendencies from getting guns.

It was discovered that he had legally purchased five guns, including the suspected murder weapon. This was after successfully obtaining a FOID card under his father’s sponsorship and passing all required background checks.

A report by Reuters suggested a number of US politicians in both parties have urged more widespread enactment and enforcement of “red flag” laws, which typically enable courts to issue restraining orders allowing authorities to confiscate firearms from individuals, or to prevent them from buying weapons, when they are deemed to pose a significant threat to themselves or others.

However, Reinhart, the state’s attorney who charged Crimo, could not explain how the suspect was permitted to legally obtain weapons without the alleged 2019 threat and “clear and present danger” report triggering the state’s ‘red flag’ measures.

You can read the previous story on this here.